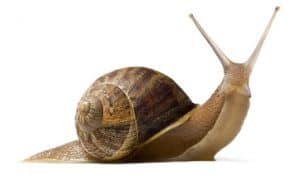 Let me start by committing a consultants equivalent of blasphemy: building an integration into Dynamics GP (or any system really) is not necessarily the same thing as improving a process. Sure, you take away some keystrokes from the user, and may even create the illusion of process improvement – but have you really sped things up? Even if you have built an efficient integration, it usually pays to review it every once in a while as technology changes can sometimes make the process even better.

And for my next blasphemy: I am not infallible. The following is an example of how revisiting a twelve year old “integrated” process has saved a company the equivalent of one full-time employee, and taught me a lesson in humility.

My client implemented Microsoft Dynamics GP 12 years ago. At that time I created an Integration Manager based process to integrate billing data from an external system into Dynamics GP via an XML file. The file was automatically generated every night and then was to be manually imported using integration manager. Here’s what I didn’t know:

The file was delivered to one location on the network, which was not the location we were running the integration from. Also, we were given a fixed file name, whereas the files produced actually had dynamic naming (every file had a different name). On top of all that, there was more than 1 file being produced each night, so the user actually had to integrate 3 or 4 different files, not just 1.

Initially this was done for one company within their Dynamics GP environment and only took an average of 10 minutes per day. Over time the process was expanded to many more companies with even larger files and the manual part of the process grew such that it took over half a day just to integrate the files. Then, because there were so many opportunities for error in the manual portion, there was a huge manual review process before posting. So, yes the process worked, but could the client really justify paying a person to monitor this automation? Copying the files for all the companies and auditing the results worked out to as much as eight hours of work per day.

The client asked if I could improve the process and I could.

The first thing I did was move the integration from IM to SmartConnect. This gave us a few benefits:

Additionally I created a staging table in SQL for all the data so that the information could be imported at the record level. This prevents cases where a batch is rejected because one record has an error. This alone reduce the time it takes to correct errors and run the imports. We also exposed the integration staging table to the users via SmartList Builder, providing them a level of auditability that they did not have from the file based process.

Since there were no hands touching the files before they hit GP, we were also able to eliminate the lengthy review process prior to posting. With no need for a manual review, we were able to implement SmartPost, which automatically posts all of the automatically imported transactions.

In all, we converted a process that took roughly 1 FTE every day into a 15 minute review process at month end.

Sometimes all that is required to identify opportunities for improvement is to perform a current gap or process analysis. You might find that there are several areas in your existing Dynamics GP system that rely on too much “manual” in their “automation”.