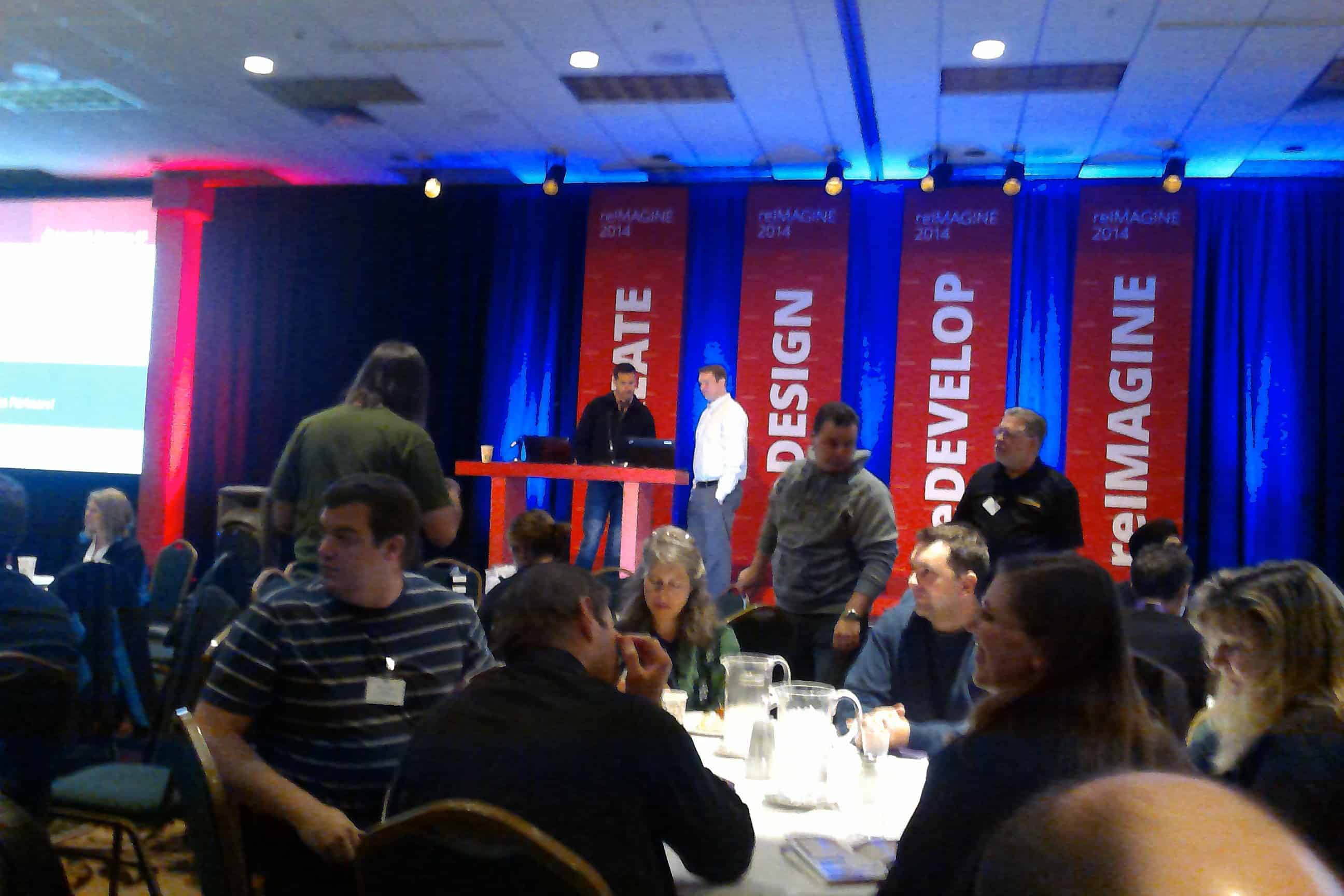 Day 3 of reimagine 2014 started out with the “Dynamics GP Big Reveal”. Technically there should have been an “s” at the end of that, since there were actually a few big reveals. Errol Schoenfish, in cahoots with several other members of the Microsoft team, walked us through the next 12 months of the Dynamics GP roadmap. Here is a summary of my favourites:

1) The Dynamics GP Web Client will move to HTML 5 by the end of 2015. For my non-technical readers, Microsoft cheated a little when they used Silverlight to bring the web client to market before anyone else. The move to HTML 5 means we will be able to run GP on any device, in any web browser. That’s cool.

2) Continued enhancements to Workflow. There were more tears of joy in the crowd as Jared Hall presented the soon to exist AP Transaction Approval workflow. I think that alone could have counted as the big reveal for most of us.

3) Further work on the Service Based Architecture. This is one I am really excited about. With some of the app development stuff they showed us this week, I think the service based architecture will change how we help businesses configure their systems.

4) General enhancements to the system and interface. The new “all in one” home page they showed us was really fun. The Microsoft team also made it clear that they review customer feature requests on a regular basis, so make sure you keep sending them in.

After the big reveal, there were 2 more breakout sessions. Unlike most other conferences that I’ve been to, where most folks basically skip the last day, the sessions were packed. In the session I went to on Office365 integration, I actually had to sit on the floor and even then some people got turned away. That session in particular was pretty amazing – and not just for the content. Despite a rather harrowing series of technical issues, the session was both fun and informative.

My last official session was on Dynamics GP 2015 licensing and pricing. There’s going to be alot coming out on this, and frankly I am not sure how much I am allowed to write about here, but there is cool stuff coming. Most importantly, I now feel a lot more confident talking about pricing to my own customers.

For those who don’t know, Microsoft announced recently that they are dropping the certification process for Dynamics GP. At the end of the day, I got to sit in on a meeting where partners talked with GPPC about forming an industry managed certification process. What I heard was exciting, and I am looking forward to staying involved in this process if I can.

Next year, the event is likely going to be happening around September some time, but there is no set date yet. Whenever it is, if you’re a partner I highly recommend you make an effort to get there. Good times, tonnes of info, great contacts…and Chris Dew dressed up as Bob the (Smartlist) Builder!